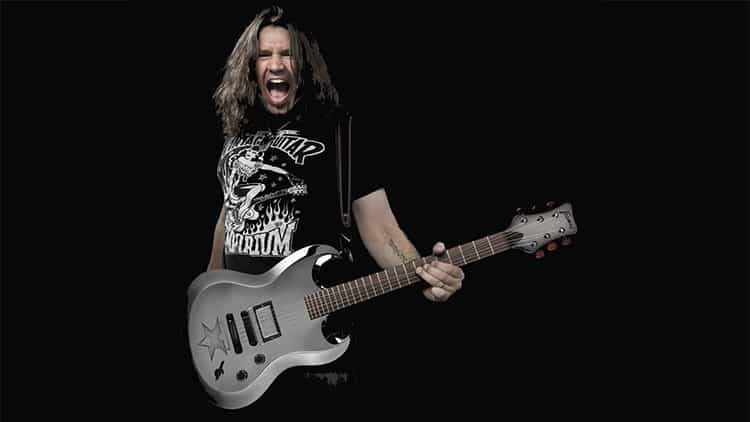 How did you get started as (studio) musician?

It’s one of those things I think a lot of players just fall into. I was playing in a club with my band and this producer walked in and was blown away. He immediately got my contact info and asked if I would play on a record he was currently producing. I had no experience at all whatsoever but I went in and ROCKED! It just took off from there.

You are a youtube star with Fretted Americana. Is it necessary to take place in social networks nowadays and do marketing for yourself as a musician?

I definitely believe that. It’s not enough to be just a great player anymore. You have to possess some kind of personality that attracts an audience and have some marketing skills as well.

I didn’t set out to get 50 million collective views on YouTube. It just happened. The important thing is that it wouldn’t have happened if I wasn’t doing something different and special.

Do you need to be an entertainer for being successful?

In music? Again… I definitely believe that being an entertainer is way up there on the list. I’ll put it this way. ALL my heroes are/were entertainers. Page, Hendrix, Eddy Van Halen, Angus Young and the list goes on. I loved watching them on stage or in videos and THAT is what put them up there in my mind.

Now of course… there are a lot of players that are successful without being entertainers but man…. I’d rather see a video of a guy play awesome guitar doing backflips than a better guitar player playing sitting on his bed in sweat pants.

Tell us about your tour with Bon Jovi!

When you get a gig like Bon Jovi, you know you’re there for a reason. They called YOU. No audition. No standing in line with 400 other hopeful guys. They asked YOU. So… there’s a lot of pressure that comes with that but the pressure isn’t learning a ton of guitar parts and vocal parts, going on stage and delivering those parts perfectly to 50,000 fans. It’s about doing a great job and fitting in as a guy helping out a band. Not taking someone’s job and making it all about you. Because whether they are Bon Jovi fans, Phil X fans or whatever…. It’s all about them. The FANS.

It’s not enough to be just a great player anymore

The Bon Jovi band was incredible. Super helpful. …and it was obvious that the goal of the team was to go out every night and be AWESOME! I studied a lot of live DVD’s and just made the decision to play what Richie played like the record and when he went off a little for live energy, I would do that do. It absolutely was the right decision as the band and fans appreciated that approach.

There were times I could do my thing but very rarely could I go full Phil X. It wouldn’t work. It’s just too different and would be like sticking a circle in a square hole.

You’ve worked in the studio with many artists like Tommy Lee, Avril Lavigne, Kelly Clarkson and Orianthi. Is there a special challenge in working with the big names?

When you’re making music, you’re making music. I feel blessed anytime I get to share my gift. The true challenge for any artist when you’re trying to sell records is the songwriting and that’s already been done when I walk in. Of course (and I won’t mention with who), sometimes I’ll feel the song isn’t strong enough so I’ll come up with parts that will take the chorus to another level. That can be a challenge.

TONS but one always pops into my head first. I was in a studio where I was playing around with some solo ideas. Now when I solo… even in the studio, I don’t sit in a chair. I stand and bounce around like I’m on stage. I was listening to Chris Cornell’s voice punch me in the face from the near field monitors while he was watching me from the studio couch. After one take, Chris said, „I think you need a little more gain.“ and being me, wanting to break the ice, I replied, „yeah, but it looked cool, right?“. We all laughed. Ice broken.

What musical achievement do make you especially proud about them?

There have been a lot of special moments but when you play an arena filled with 20,000 people in your hometown (2 nights in Toronto, Canada) with a super huge band like Bon Jovi and you see your mom sitting in the guest section with the biggest proudest smile on her face…. That’s hard to beat.

Framus did a signature guitar with you – how does it come into being?

I was never fully happy with any signature/custom guitar I had with any company my entire career. Some companies got close but there was always somebody putting the breaks on something specific and special I requested. Enter Stevie Salas who had started endorsing Framus the year before I joined the team. His point was „Why are you with a company that isn’t building a guitar EXACTLY the way you want it and on your terms?“ It made a lot of sense.

Then Stevie and I met in Germany at the Framus/Warwick factory and hung out at bass camp 2014. I was blown away by the people from the top to the bottom. It was a family and man… they could build guitars. AWESOME guitars. Any way I wanted. They made my dream neck in an hour and the rest is history. Hans Peter Wilfer (head honcho/big daddy) and Marcus Spangler (head design guy/builder) really made me feel at home. …and aside from building guitars and the business end of it all, we’ve all become great friends.

Talking more gear – which guitar do you play mostly? (for recording, on stage)

My green mint Framus XG has become my favorite. All mahogany body and neck through construction, rosewood fingerboard, tune-o-matic bridge and tail piece and 1 Arcane PX90 (my signature P90 type pickup). This guitar does everything I want. EVERYTHING!

I really work my volume control so my clean sound is just that guitar turned down to around 4 or 5. Up to 7 gives me tele type tones and up to 10 gives me classic rock to Van Halen edge depending on the amp. People who hear/watch me live are usually very surprised how I can get so many sounds and dynamics out of 1 guitar with 1 P90.

What do you have in your rig live?

My live rig lately has been my dream-come-true rig. Simple and KICK ASS! My Friedman signature X head into a 4×12 cab blended with a Supro Coronado 2×10 combo. Both amps are AMAZING on their own but together… it’s just ridiculous. I like messing with 2 different overdrive pedals for flavor and lately it’s been the ToneConcepts Distillery for a little and a KLON TKR for a lot. I also run a Decibel Eleven A/B/Y box to split my signal to both amps and their power supply. On tour with Jovi, I add an MXR talkbox, Dunlop Mini-Wah and the Eventide H9 for octave dividing, a Leslie vibe and some delays.

What would you recommend our readers to get started in the music business as guitarist?

Whether you just want to play guitar, be in a band, be a session guy…. etc. Guess what? So does everyone else. What do YOU do that’s different? What do YOU have in your heart that the others don’t? Find it. Nurture it. Take it to a level that people will notice. Only YOU can do that. I know from experience that you have to kick YOUR OWN ass before you kick everyone else’s. One more thing….

YouTube can be an amazing tool if used right. That means NOT putting up a video of you sitting in your shorts playing the Stairway To Heaven solo note for note to the record. That’s been done WAY too many times and the 100’s or 1,000’s of people that say, „great job, man. you’re amazing“ aren’t hiring. Stick to what’s important. Saying something your own way.

Thank you very much, Phil! 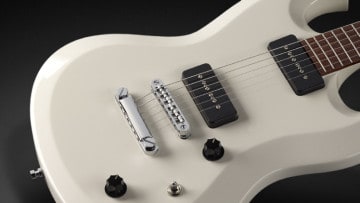 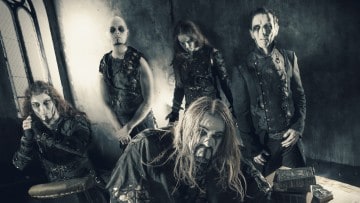 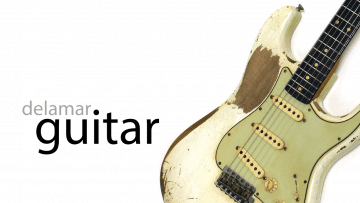 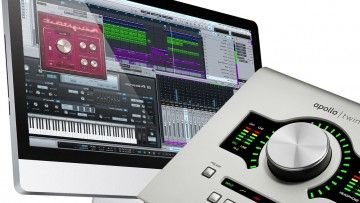 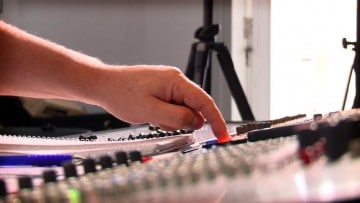 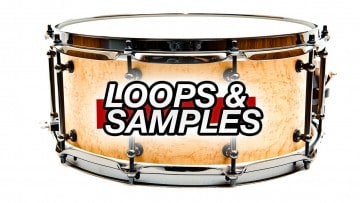